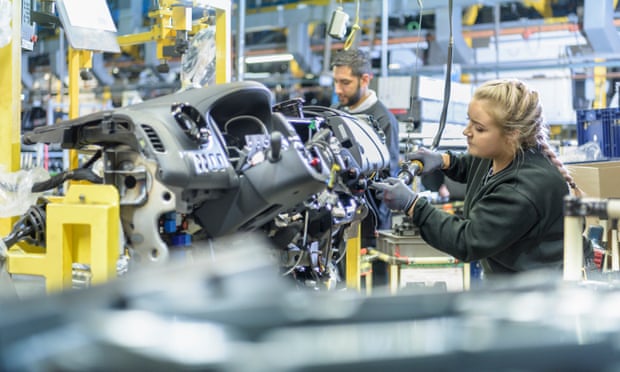 The government is to publish its long-promised overhaul of skills and vocational education in England, which will give employers a direct role in designing new qualifications but without any commitments over long-term funding for the further education sector.

The white paper will seek to align courses with the needs of employers, and encourage the growth of new higher-level vocational and technical qualifications sitting between school leaving and an undergraduate degree.

Gavin Williamson, the education secretary, said: “These reforms are at the heart of our plans to build back better, ensuring all technical education and training is based on what employers want and need, while providing individuals with the training they need to get a well-paid and secure job, no matter where they live, and in the sectors that are critical to our future economic success.”

The “skills for jobs” white paper will be published alongside three other papers involving higher education, including a consultation on whether sixth formers should delay applying to university until after exam results are published.

The draft legislation to be presented by Williamson aims to flesh out the details for the “lifetime skills guarantee” announced by Boris Johnson in September, including promises to give further education students access to loans similar to those enjoyed by students in higher education.

But the white paper is likely to give few details, and delays the introduction of a loan scheme until 2025, while the multi-year funding needed for a revival of post-16 education is also delayed until the comprehensive spending review later this year.

Analysis by the Institute for Fiscal Studies shows that further education and sixth form colleges in England have seen the largest falls in student funding of any education sector since the Conservative party entered government in 2010.

The Department for Education’s arguments for an immediate long-term commitment from the Treasury have been largely ignored, which MPs who back the changes blame on Williamson’s precarious position as education secretary following a year of blunders and U-turns.

David Hughes, the chief executive of the Association of Colleges, said: “These are concrete plans which can deliver the government’s levelling-up commitments. Colleges have been calling for this, after years of being overlooked and underutilised, but government has to not only recognise the vital college role, it also needs to increase funding.”

Key parts of the package have been previously announced, including free tuition for adults lacking qualifications such as A-levels if they take courses in a range of sectors including engineering, health and accountancy.

A £65m “strategic development fund” will be used to establish new college business centres to improve collaboration with employers, who greeted the white paper with enthusiasm.

Matthew Fell, the Confederation of British Industry’s chief UK policy director, said: “Many businesses and education providers work closely together already and putting employers at the heart of new qualifications right across England will build on the success of these local partnerships. It will ensure courses remain in lockstep with industry needs and give learners confidence they are gaining skills that lead to jobs.”

The government will publish several papers affecting higher education, including an interim government response to the review of student funding published in May 2019. The response is likely to leave open questions about differential tuition fees and minimum admissions standards until the spending review.

Another long-awaited report, on the future of the teaching excellence framework, may bring relief for universities by ending subject-level ratings.

For news and regular updates on the progress of INGENIOUS project, follow us on our social media:

INGENIOUS project belongs to the Erasmus+ program category, KA2: Cooperation for innovation and the exchange of good practices, and specifically to KA226: Partnerships for Digital Education Readiness.

Series of bilateral meetings organized by the University of Ioannina

The European Commission support for the production of this publication does not constitute an endorsement of the contents which reflects the views only of the authors, and the Commission cannot be held responsible for any use which may be made of the information contained therein